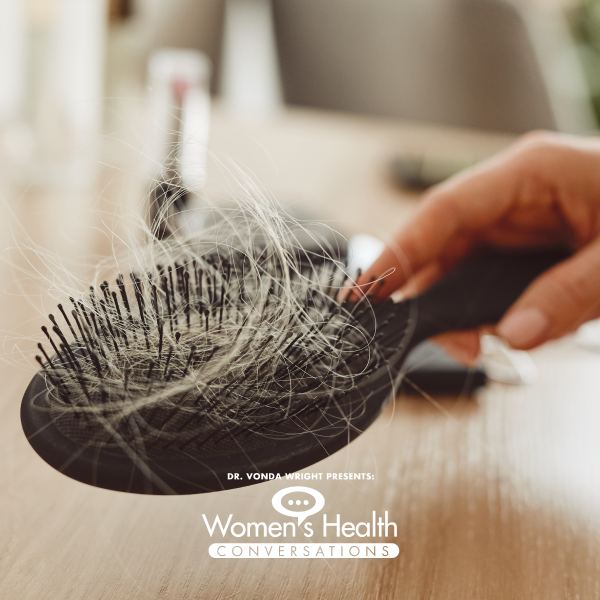 Maybe you have had multiple appointments for different symptoms like stomach pains, hair falling out, weight gain, or swelling, and the doctors have just attributed it to stress and aging – but you know something is up. This article is for all the women who have been to countless doctor’s appointments, done loads of testing, and still aren’t able to tie their symptoms back to any one cause. Those wondering, “What is wrong with me?!” and not getting any answers, read further to see if you may have an autoimmune disease.

Autoimmune diseases are essentially the body attacking itself. In a typical body, the immune system will fight off foreign cells like bacteria and viruses but when you have an autoimmune disease, your immune system can no longer distinguish between foreign and healthy cells and will mistakenly attack healthy parts of your body. Some autoimmune diseases affect only one organ of the body, but others can wreak havoc over your entire system, usually the skin.and joints, leaving you with a myriad of seemingly unrelated symptoms.

There is little known about what causes people to develop autoimmune diseases. Cases of autoimmune diseases have been rising alarmingly in recent years, causing some scientists to speculate that they may be caused in part by environmental factors like the chemicals we expose ourselves to and the foods we eat. It’s suspected that a high-inflammatory diet that includes processed foods high in fat and sugar may trigger an immune response. Though not entirely proven, maintaining good gut health with a healthy diet may alleviate some of the symptoms of an autoimmune disease.

What are the symptoms?

The symptoms of autoimmune diseases can be varied and vague. The trouble lies in linking these symptoms to the point where a doctor might suspect an autoimmune condition. Take, for example, a woman in her fifties who has had a sensitive stomach for most of her life and can’t eat certain vegetables or foods, her hair has started thinning as she aged, she’s fatigued, and lately, her joints have been swelling. Many women wouldn’t even contact their doctor for these symptoms and instead would pass it off as signs of aging and stress. Her doctor may do the same thing. Then, all of a sudden, her fingers and feet begin swelling in the heat and she wakes with tingling in her hands. This should warrant a doctor’s visit. After having bloodwork done and waiting months for test results to come in, they conclude that she has an autoimmune disease, but they don’t know which one.

This is not an unfamiliar story. The range of symptoms that come along with autoimmune diseases are often misattributed to other causes or are ignored. The symptoms can vary depending on the type of autoimmune disease can vary, but often include:

Hair Loss Due to Autoimmune Disease

Is your hairbrush coming back with more hair in it than usual? If you’ve noticed that your hair is starting to fall out in clumps at a time, you should contact your doctor as soon as possible. Hair loss can be traced to a number of different things, some more severe than others. If you are experiencing the other symptoms associated with autoimmune diseases, you should discuss them with a doctor so they can start to connect the dots and start performing tests for autoimmune diseases. While hair loss can be linked to almost any type of autoimmune disorder, it is most common with the following:

Alopecia is an autoimmune disease in which the immune system attacks the hair follicles, causing hair to suddenly fall out in clumps. Alopecia can occur over years at a time with sudden spurts followed by regrowth periods. It mainly affects the scalp, but may also affect eyelashes, eyebrows, and body hair.

Hashimoto’s disease is a chronic autoimmune disease that affects your thyroid function. Along with thinning hair, the symptoms include fatigue, constipation, hoarse voice, dry skin, muscle weakening, cold intolerance, irregular periods, and fertility problems. When talking with your doctor, they should be able to recognize the symptoms of an underactive thyroid and begin testing.

Systemic scleroderma is recognizable in its early stages through changes in the skin’s texture and appearance, followed by hair loss and other symptoms typical of autoimmune diseases. If you noticed that the skin around your mouth, nose, and boney areas of the body had become thick and shiny, it is likely an early sign of scleroderma.

The key to a successful diagnosis is to look at your medical history and create a grocery list of any symptoms you may have experienced throughout the years, along with a rough timeline. Since autoimmune diseases can be misdiagnosed as common ailments like stress or depression, you have to let your doctor handle it – give your doctor as complete of a medical history as you can. Even the smallest symptoms could reveal something much more significant. It may take multiple tests to narrow in on the specific autoimmune disease you are suffering from, but the sooner you identify it, the better. There is no simple cure, but the symptoms can be managed.

In particular, hair loss can be treated with estrogen therapy, minoxidil, tretinoin, corticosteroids, and/or anthralin. However, your doctor should provide a complete treatment option that addresses most if not all of the symptoms you may be experiencing due to an autoimmune condition. Thinking back on all the brush strokes your body has shown you, like a sensitivity to certain foods, skin texture changes, and your overall energy levels could help to paint a bigger picture of any autoimmune diseases you may be suffering from.