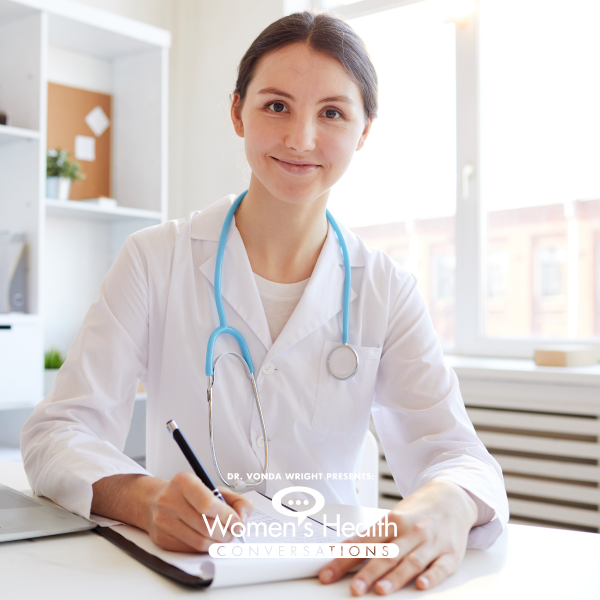 The year was 2004. George W. Bush was President, Facebook was launched from a Harvard dorm room, and the United Nations declared 2004 the “International Year of Rice.”

Interventional Radiologists like myself had for years been embolizing (cutting off the blood supply to) malignant cancerous tumors. For example, we could embolize a cancer of the kidney prior to nephrectomy (surgical removal of that kidney). Decreasing the vascularity of the tumor made it technically easier for the surgeon to remove the kidney. It therefore was a safer, quicker procedure, which also resulted in a shorter time that the patient was under anesthesia.

This realization led French investigator Jacques Ravina to embolize patients with benign uterine fibroids prior to hysterectomy. The rationale was similar to embolizing malignant tumors; to make the subsequent hysterectomy surgery safer for the patient and easier for the surgeon.

Unlike the United States, Dr. Ravina worked in a socialized health system in France. Their health system rations non-emergent care and patients will often wait 6-8 weeks or more for their elective surgery. What Ravina’s patients noticed after their Uterine Fibroid Embolization (UFE) procedure while they waited for their hysterectomy was extraordinary: their symptoms started to disappear. A number of these women contacted Dr. Ravina and the Gynecologist that was supposed to be performing the subsequent hysterectomy and asked them a very simple question: Do I still need to do the hysterectomy because my symptoms are gone? When Dr. Ravina looked into this further and subsequently published his groundbreaking experience in 1995, the answer was simple: No, the patients only needed UFE and no longer needed to undergo the hysterectomy surgery!

Hysterectomy is the second most commonly performed surgery in the United States, and the most common reason it is performed are for benign uterine fibroids. UFE was a disruptive technology that threatened a multibillion dollar industry. However, UFE found it very difficult to make inroads as the Gynecologists weren’t trained in performing UFE; they’re trained surgeons. The physicians that did perform UFE, the Interventional Radiologists, were an unknown medical specialty; many of whom worked only in the hospital and didn’t have a clinical practice.

Those of us Interventional Radiologists that had a clinical practice were far and few between. Between 1995 and 2004, UFE continued to show outstanding results and transformed the lives of many fibroid sufferers that were lucky enough to know about UFE.  Despite almost ten years of safety and efficacy with numerous publications in peer-reviewed medical journals most fibroid sufferers were never told about UFE by their Gynecologist.

In August of 2004, Pulitzer-prize winning author Kevin Helliker at the Wall Street Journal wrote a front page article entitled “Silent Treatment: Hysterectomy Alternative Goes Unmentioned To Many Women. Gynecologists Often Don’t Site Less Invasive Treatment for Fibroids, Bailiwick of Other Specialists”. This article detailed the UFE procedure and interviewed several patients that underwent UFE (including one of mine). UFE is performed by Interventional Radiologists (and not Gynecologists) as an outpatient, nonsurgical procedure. Patients are discharged home the day of the procedure with just a bandaid (and their uterus!). It didn’t matter how big or how many fibroids you had. The biggest problem was that nobody knew about the procedure and their doctor, as opined by Kevin Helliker, often didn’t tell them about it.

Fast forward to present day. It is Summer 2020; 16 years after the landmark Wall Street Journal article and the 25 year anniversary of Ravina’s first published series on UFE. Surely times are different now, right? Unfortunately not. Despite hundreds of thousands of UFEs over this time, 25-30 times more hysterectomies are being performed. The average age of hysterectomy in this country is less than 40 years of age, and I have encountered way too many women less than 30 who have had a hysterectomy for fibroids. For these women, I can tell you first hand, none of them wanted hysterectomy and all of them regret it deeply. And of course none of them were told about UFE. In addition, I have had numerous women have children after UFE; even four sets of twins. The births were typically full-term and vaginal, whereas if these women would have had surgical myomectomy, they would have had to have a c-section (more surgery). Those that had hysterectomy obviously lost all of their future childbearing potential.

I feel that it is very important for everyone to take charge of their own health and empower themselves with information. If you’re dealing with a medical condition; particularly if you’re facing any kind of surgery, get a second opinion. That second opinion may be from a doctor in a different specialty (like Interventional Radiology) to make sure that you know all of your treatment options.

Ideally, women suffering with uterine fibroids should be told all of their treatment options, but unfortunately in most instances that is not the case. July is Fibroid Awareness Month and on the 25 year anniversary of Ravina’s landmark article on UFE should be a reminder of the inequities that still remain in medicine, and that we need to continue to pursue less invasive treatment options to best serve our patients.

For more information on uterine fibroids or the UFE procedure, please go to the Atlanta Fibroid Center website ATLii.com.

After his training, Dr. Lipman practiced Interventional Radiology in a large private practice group in Atlanta for 14 years. In 2005, he started his own private practice – Atlanta Fibroid Center. In 2015, he opened a state of the art 5,400 square foot outpatient medical facility, caring for patients throughout the Southeastern United States, Caribbean, and as far away as Africa and New Zealand. While he is best known for his pioneering work in the non-surgical treatment of uterine fibroids, Dr. Lipman’s practice treats a number of medical conditions including tubal infertility, migraines, and osteoporotic compression fractures of the spine.