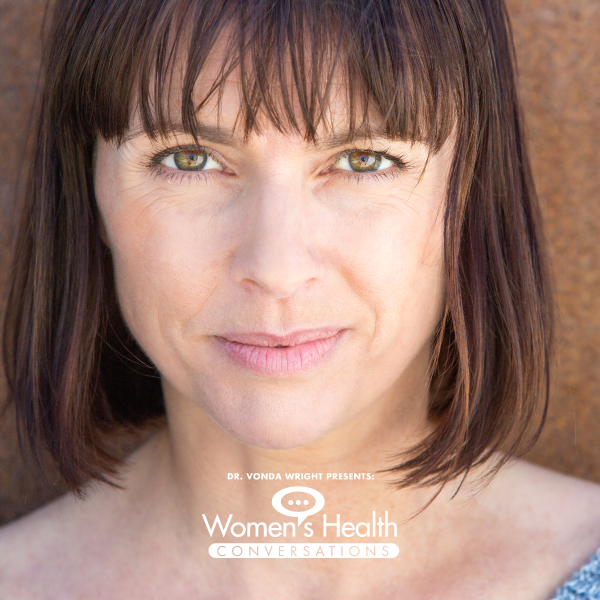 We’ve all been there. It’s that time of the month, and while some of us women can fend off the pain with tea and ibuprofen, others are curled up in a ball in bed, unable to move. While every woman’s menstrual cycle is different, women suffering from Fibroids deal with the most extreme and debilitating symptoms.

July was Fibroids Awareness Month, a common yet unspoken condition; Fibroids affect as many as eight out of ten women by age 50. Fibroids take a toll on a woman’s physical and emotional well-being and are characterized by heavy and prolonged menstruation, pelvic pain and pressure, and urinary dysfunction, to name just a few of the many symptoms.

Fibroids grow during times when hormone levels are high, such as during pregnancy, and shrink when hormone levels are reduced, such as during and after menopause. Menopause is a natural life event that occurs to every woman in which the body stops producing estrogen. Therefore, the risk of getting fibroids after menopause decreases. What many women don’t realize is that the process of menopause is foreshadowed by a stage called perimenopause. Perimenopause lasts all the way up until menopause, the point when the ovaries stop releasing eggs.

A lot of people get the two confused but they have different meanings. Premenopause is when the female body starts to prepare for menopause. Doctors say that premenopause is the time between a woman’s first and last period. This often occurs in your late thirties and forties, and you may not feel any symptoms your body begins to change itself. This stage then leads into perimenopause.

Perimenopause is what a woman experiences right before they enter menopause where your estrogen levels drop and cause all sorts of noticeable symptoms. Some women have intense night sweats, heat flashes, mood swings, insomnia, nausea, and vaginal irritation. It causes the woman’s body to feel out of control.

2. Many Women Experience a Variety of Symptoms

Throughout the menopausal transition, physical and emotional changes in your body occur. Perimenopause could last from 2 to 10 years, and the kind of symptoms each woman will have can vary.

It is normal for women to experience out of order menstrual cycles. This occurs because your ovaries produce less of the estrogen hormone. However, keep in mind that other conditions could cause irregular periods and should see a doctor if their periods are heavy with blood clots, last longer than usual, spotting after sexual intercourse or spotting in between cycles.

Some women start to experience perimenopause as early as their thirties. The main indicator is when women start to have irregular periods. Experts say if women experience this, it is most likely that the woman is pregnant or has early stages of perimenopause. Most women don’t feel any symptoms but the reproductive system starts to prepare it for menopause. If you have concerns about symptoms, you should see your doctor.

Even though most women’s fertility declines during this stage, it is very much possible to get pregnant during perimenopause. Since the body is going through constant change within that time frame, women can still ovulate. It’s important to practice safe sex during this time period. However, 50% of women experience more miscarriages in their late 40’s because of perimenopause.

The onset of menopause occurs one to two years earlier in women who smoke than in women who don’t smoke. This is because tobacco toxins reduce circulated estrogen and yet another reason to avoid smoking cigarettes.

Symptoms for perimenopause can be treated with prescription hormone replacement. There are two types: estrogen therapy and combined hormone therapy.

Estrogen therapy: This is suggested to be the best treatment for hot flashes and night sweats. It’s said that if you’ve had a hysterectomy and don’t have a uterus, estrogen therapy is most likely your best bet for treating perimenopause.

Combined Hormone therapy: This is when estrogen and artificial progesterone called progestin are taken together. This is the best choice for women who have not undergone a hysterectomy as it lowers the chances of cancer of the endometrium.

Exercising and healthy eating can also help improve symptoms. A diet that has whole grains, fruits, and vegetables is beneficial towards reducing wacky side effects. For those who don’t want to take the prescription route, here are some credible home remedies: ginseng, black cohosh, soy, vitamin D, wild yam, and yoga.

As we know, hormonal changes cause all types of body changes, including a weight gain of approximately 11 pounds over the course of a 5-10 year span.  Weight gain naturally occurs as people age, so it can be difficult to determine if weight gain is caused solely by perimenopause, the natural aging process, or a combination of the two. Losing muscle mass also slows the rate at which your body uses calories, making it more challenging to maintain a healthy weight.

Other factors like lack of exercise, poor sleeping habits, and unhealthy eating could also tie into weight gain. It’s important to create a healthy routine for yourself in order to avoid developing type 2 diabetes, breathing issues, or various other heart and blood vessel diseases.

It’s true that perimenopause decreases your desire for sexual activity.  Lower levels of estrogens cause your vaginal cavity to become dry, less elastic, and more easily irritated. It’s reported that more than a third of women have difficulties with their sexual health during the perimenopausal period. Only 27% of women in their 70’s continue to have sex regularly.

Romantic relationships are possible to maintain even without vaginal intercourse and there are plenty of other ways to be intimate with your partner during perimenopause. Sex therapists suggest switching up the foreplay, sexual routines, and incorporating tools in the bedroom.

10. The Body Continues to Produce Estrogen During Perimenopause

During perimenopause, levels of estrogen fluctuate and become unpredictable. Eventually, estrogen production falls to a very low level but does not stop producing estrogen altogether. Many women assume the production of estrogen stops because the ovaries are no longer producing it, but rather it is the adrenal glands that produce hormones (androgens and aromatase) and convert them into estrogen.

The female body is always changing, and it can be difficult to identify the exact cause of the change, whether it’s stress, exhaustion, the natural aging process, or possibly (and probably) a mixture of all the above. However, perimenopause is a manageable and expected point in any woman’s life. As always, continue to keep a mental note of any changes you notice with your body and be sure to bring anything that worries you up with your doctor.