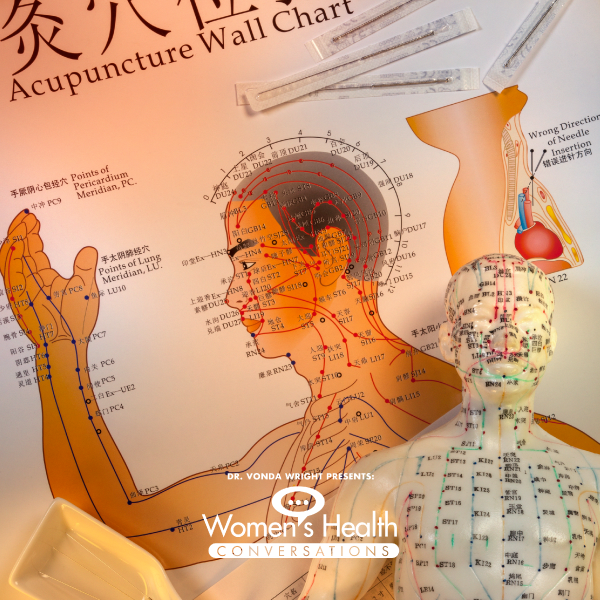 There’s a big movement with integrative and holistic medicine right now. More and more people are opening their minds to the idea that perhaps modern or Western Medicine is not the only approach to fixing illnesses and health problems and that a better option may be found by blending both practices for overall health and wellbeing.

Here we’ll take a look at the differences between Eastern and Western styles of healing a patient and what the future of health may look like.

If you live in the US or Europe you receive what is known as ‘Modern’ or ‘Western’ medicine.

The driving principle behind Western medicine and science is known as ‘Ockham’s Razor’ (Occam’s). This was a theory created back in the 14th Century by William of Ockham, a friar, who studied logic. His theory states that if there are two or more explanations for a problem, it is the explanation with the fewest assumptions that are most likely correct.

For example, suppose two trees have fallen down during a windy night.

Explanation one is that the wind blew them down. Explanation two is that two meteorites knocked them down and then hit each other thereby destroying all trace of each other. Both explanations are possible, but the first one has far fewer assumptions and so by Ockham’s Razor, it is more likely to be true. Logical right?

This is the theory that has guided all approaches to scientific research, medicine, and medical treatments – in the west.

It has led doctors and health professionals to the idea of physical reductionism; they reduce medical issues to physical explanations and prescribe physical solutions. Simply put: the body is a machine. If something breaks, you go to a mechanic who checks you over, finds the problem with the fewest assumptions, fixes it, and then you go home.

For those who live in Asia, you likely receive a different style of treating problems and illnesses which has been in existence for millennia. It has its roots as far back as 3,500 years ago, although this may, in fact, be longer.

A doctor or health professional in China, for example, will not only check out your physical symptoms but will also analyze the non-physical and seek to heal the imbalances between the two.

Imagine you lose your job which creates a huge amount of stress and causes you to start having sleepless nights and arguing with your loved ones. A Western doctor would treat your anxiety as a physical problem and give you a specialized pill, whereas an Eastern doctor would treat it both physically and non-physically (mind and spirit) and would suggest another way of treating the body and mind together rather than prescribing you a single pill.

Acupuncture, massage, a lifestyle change, a new diet, yoga, and exercise are all practices that would be preferable options to resolving the anxiety and helping the patient as a whole – in the East.

This way of thinking is becoming increasingly popular in the US and Europe and has greatly influenced the current desire for Integrative Medicine.

What Would a Treatment of Both Eastern and Western Medicine Look Like?

Western medicine has advanced incredibly since the 14th century. Nowadays, we can treat illnesses that were once deemed incurable and mitigate life-threatening situations with emergency surgery. These advancements in Western Medicine have drastically changed the quality of life and have increased the average lifespan of humans.

However, as the world is becoming more “global”, a blend of the Eastern approach, focusing on prevention, and the Western approach, focusing on evidence based scientific studies to treat illness, is becoming more popular in Western society. The shifting focus to including Eastern Medicine as part of a medical practice includes seeing the patient as an individual person with individual circumstances that may not have a solely physical cause, but rather a mental or spiritual one.

So How Do We Do This?

As we saw in an earlier blog called ‘What Millennial Women Want”, there is a trending shift in perspective to that of prevention. This is happening both in the medical field and individually.

Rather than treating a problem once it has already surfaced, people are working with doctors and healers to create a sustainable way of living in which it is more unlikely to arise.

Taking more personal responsibility for our wellbeing and investing more in self-care is essential.

This includes doing regular checks on your health with a health professional so that IF something comes up, you catch it early and have an up to date health record. For women, key measures might include regular mammograms, blood pressure checks, cholesterol screenings, and bone density screenings.

In order for that to be possible, you would need to have a good relationship with your health professional and with yourself – a core principle of integrative medicine.

“I believe we can be healthy, vital, active,[and] joyful until the very minute we draw our last breath […] We are born to move. If we were designed to sit still we would be mushroom shaped.”

Dr.Wright, a board certified Orthopedic Surgeon, believes in both disciplines and talks about the ‘slippery slope of aging’ being a myth and that by intentionally choosing to live more and in the moment, we can live healthier and longer.

“How can I continue to harness my body’s innate power to heal itself and to regenerate itself?”

Our bodies and minds are brilliant. They are designed in a way in which regeneration occurs naturally. However, if we stop moving or stop studying, that part of the body slowly degenerates.

For example, you often hear of the “use it or lose it dilemma” i.e., I learned Portuguese but I haven’t used it for years and now it’s gone. But, I read a lot – my mind is sharp and full of ideas. I play the piano – my fingers, mind, and ears are all working together perfectly. I practice yoga – my body is flexible. I eat a mediterranean diet – my body has the nutrients it needs.

The more you do things, the better your mind and body becomes. The less you do, the opposite occurs. If you live in a way that promotes physical and mental health, your body and mind will work with you. This is preventative.

Running, exercise, eating well, using CBD, doing brain games, and so on all promote good health and reduce the chances of getting sick or losing physical or mental mobility. This is logical too, no?

The problem with Ockham’s Razor theory is that it doesn’t work preventatively – it needs a physical problem to arise and only then will it fix it. It does not consider the mental and spiritual aspects and rarely suggests alternative treatments to prescription drugs. Western medicine has come a long way from this outdated approach, and combining Eastern and Western styles of healing into a well-rounded practice is gaining more momentum in overall wellbeing.

Our point is: If a trees’ roots are malnourished and weak then the tree cannot sustain a healthy trunk, branches and leaves.

We believe that a new philosophy and approach to medicine and healing needs to be created in collaboration with our doctors in which we promote strong roots so that come a windy day, we are more prepared to protect ourselves both mentally and physically.