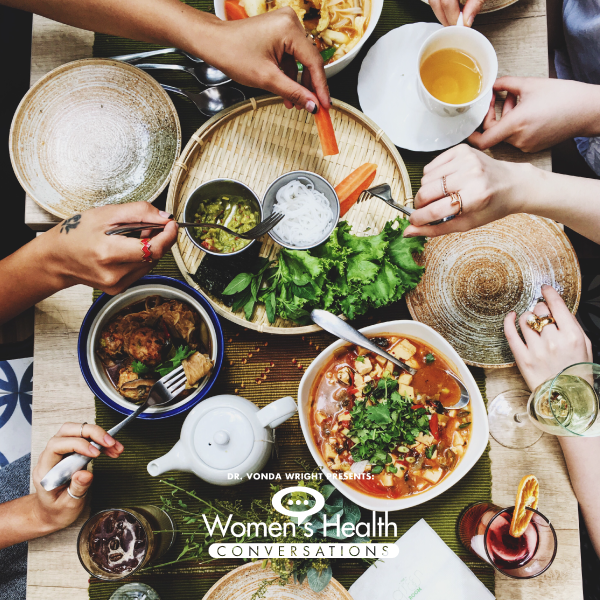 Let’s face it: the health food and diet craze in America has not lessened. Keto, Paleo, Whole30, Weight Watchers, even Atkins — there are multiple routes to go if you’re looking to lose weight via changing your diet. However, unlike one of the aforementioned diets, where the end goal is looking and feeling good, veganism is more than just a better health initiative: it’s a way to live out one’s ethical and environmental beliefs in practice. To begin, a brief definition:

Vegans do not eat any animal products. This includes meat, poultry, and fish. It also includes dairy products such as eggs, milk, and cheese, as well as honey. Veganism differs from vegetarianism, which includes several different subsets, such as lacto- and ovo- vegetarians. Plant-based diets are receiving more positive attention than ever before due to positive health as well as environmental benefits.

But just how healthy IS veganism?

There’s no refuting the health benefits of a vegan diet: Meat eaters have the highest BMIs, which can show up as obesity. Obesity often indicates higher cholesterol levels and higher rates of diseases such as Type 2 diabetes, diverticulitis, high blood pressure, and cardiovascular disease, to name a few. On the other hand, vegetarians have the lowest BMIs, and while this doesn’t exclude them from getting the diseases listed above, it lowers the probability of that happening.

What makes for this difference between meat-eaters and vegetarians? That said, what makes for the difference health-wise between vegetarians and vegans? In answer to the first question, the saturated fat found in meat can cause cholesterol levels to spike, and may then lead to a host of health problems. Because they don’t eat meat, vegans have to find other sources of protein and default to filling their plates (and stomachs!) with more vegetables, fruits, and fiber by default. Fiber cleanses the colon, which can ward off colon cancer. Different fruits and vegetables have antioxidants as well as vitamins and minerals found to repel cancer-causing free radicals. According to a recent study, tomatoes have lycopene, which is said to fight off certain types of prostate cancer. Polyphenols, which are micronutrients found in plant-based foods such as apples, black beans, almonds, pecans, and even cocoa powder, are said to reduce inflammation, which is a leading cause of allergies, COPD, arthritis, heart disease, and diabetes.

In terms of the health outcomes of vegetarians versus vegans, there hasn’t been conclusive evidence that one is necessarily better than the other, as an article from the American Journal of Clinical Nutrition states:

“Compared with other vegetarian diets, vegan diets tend to contain less saturated fat, cholesterol, and more dietary fiber. Vegans tend to be thinner, have lower serum cholesterol, and lower blood pressure, reducing their risk of heart disease. However, eliminating all animal products from the diet increases the risk of certain nutritional deficiencies. Micronutrients of special concern for the vegan include vitamins B-12 and D, calcium, and long-chain n-3 (omega-3) fatty acids. Unless vegans regularly consume foods that are fortified with these nutrients, appropriate supplements should be consumed.”

Other Benefits of The Vegan Diet

The positive effects of a vegan diet are not just linked with lower chronic disease rates. All that extra fiber from the vegetables and legumes creates a healthier digestive tract and gut microbiome. As you’ve probably heard, a healthy gut is associated with better mood and mental health, glowing skin, and decreased levels of inflammation.

However, because of the lack of certain nutrients in the vegan and vegetarian diet (omega-3 fatty acids, vitamin D3, iron, and vitamin B12, among others) people who are considering adopting this lifestyle must be aware of this and work to get it via other means, such as high-quality supplements. And yet, according to certain sources, a meat and dairy-heavy diet such as the Keto or Atkins can lead to high-cholesterol and strain on the heart, claiming “decreased serum levels of low-density (LDL) and high-density lipoproteins (HDL) and total cholesterol (TC), after a plant-based diet compared to an omnivore diet” as well as “overall robust support for beneficial effects of a plant-based diet on metabolic measures in health and disease.”

How the Vegan Diet Affects Your Workout

Since a vegan diet is linked with decreased levels of inflammation and weight loss, one can conclude its positive effects on athletic performance. With less inflammation comes less joint pain and strain (weight loss also contributes to lower levels of joint stress), and faster muscle recovery post-workout. Contrary to popular belief, athletes are not exempt from heart disease, and following a plant-based diet can prevent this. A vegan diet could improve your workout and performance due to something very much demonized in the world of diet plans: Carbohydrates. Athletes and regular exercisers need these desperately to maintain and improve their endurance.

Listen to Your Body

As you can tell, there are many differing opinions on what is healthiest when it comes to diet, exercise, and general health. The most important thing you can do for yourself is always to listen to your body. If eating, exercising, resting, working a certain way feels right to you, do it! Conversely, if those same things make you feel less than great, examine your habits and make a change. It’s never too late to start living your healthiest life!

Join the discussion and tell us your opinion.

The Best Menopause Supplements For All Symptomsreply

[…] supplements is the one that tastes delicious! There’s really never a wrong time to start adding more fruits and vegetables to your diet, but this becomes especially important as you approach and are going through […]