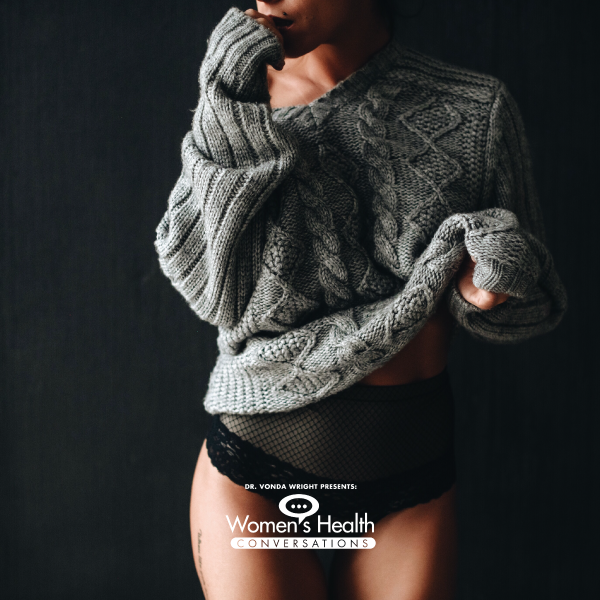 Our culture is rife with stereotypes regarding a woman’s sex drive and age. From sex-crazed teenagers to cougars preying on younger men, and frigid old spinsters, the relationship between a woman’s age and her sexuality has become Hollywood fodder. Movies, urban legends, and social stigmas might even discourage women from having more sex as they age. But what are they really rooted in? How does age really affect women’s sex drives? And is there anything that can be done to ensure that a woman can have a safe, satisfying sex life at any age?

Conventional wisdom tells us that the older you get, the lower your libido becomes. Luckily, that’s not necessarily the case. In fact, factors outside of age have the most to do with our sexual desire. While it’s true that physiologically things slow down as we creep past middle age, that doesn’t mean that the days of satisfying sex are over. Learn about how your mind and body come together to influence your sex life and how you can have the best sex of your life today, tomorrow, and for years to come.

Is There A ‘Sexual Peak’ For Women?

We’ve heard it all before: men reach their sexual peak in their teen years and women are at their best when they hit their thirties. But is there any truth to that? It turns out that as women age (up to a certain point) their sexual activity, proclivities, and fantasies increase. A study published in Personality and Individual Differences even proposes that this increase is driven by evolution. According to a TIME Magazine article breaking down the study, women between the ages of 27 and 45 reported having more sexual fantasies and having more sex – even more one-night stands. The authors of the study suggest that women’s libidos amp up at this age as a final effort at fertility. As it gets more difficult for a woman to conceive, animalistic instincts to procreate kick in even harder than they do when women are teenagers.

There are, however, some physiological and mental changes that make the sex life of a woman who’s getting older a little more challenging. According to a study in the Journal of Sex & Marital Therapy, androgen deficiency, which can happen before and after menopause, contributed to low sexual desire in 25 percent of the women surveyed. During menopause, it’s not uncommon for women to experience more painful sex due to a decrease in estrogen causing vaginal dryness and thinner of the vaginal walls. Vaginal lubrication also slows which makes sex more painful. On top of that, stressful life and health situations can squash any desire you once had. No wonder sexual desire decreases!

Extreme androgen deficiency can even cause hypoactive sexual desire disorder (HSDD) in menopausal women. Surgically induced menopausal women are even more likely to experience the effects of HSDD, like low sexual desire, less sexual arousal, fewer orgasms, and less sexual pleasure. Women with HSDD are less likely to engage in sexual activity with their partners and more likely to be dissatisfied with their sexual experiences.

As a study in the Journal of Sex Research points out, there are factors outside of a woman’s changing body that can impact her sex life more profoundly. People over 45 years old were surveyed, and women reported the individual importance of sex and the presence of a sexual partner as two of the three most important influences on strength of sexual desire.

Another study, published in the Journal of The North American Menopause Society, concluded that life stressors, contextual factors, sexual history, and mental health are more significant predictors of the sexual interest of a midlife woman than her menopausal status. A woman’s sexual desire hinges more on her life, mental health, and personal importance of sex than it does on her age alone.

The Case for Having More Sex

In short, there is no prescribed amount of sex that any woman should be having at any age. Women’s sex drives are prone to fluctuating and it has less to do with chronological age than society would lead you to believe. With that said, I want to make the case for owning your sexuality and having more sex in your 30s, 40s, 50s, and beyond! Having more sex (filled with open communication) can bring the following benefits:

Are you interested in learning more about how age affects women’s sex drives? To discuss libido and dozens of other topics concerning women’s health, join us on Facebook and attend our next virtual Women’s Health Conversations Convention! Experts in women’s health and wellness issues will be sharing their knowledge, all while engaging, educating, and entertaining those interested in a greater understanding of women’s health. Join the conversation and register today.